If you’ve decided that a stop snoring mouthpiece is for you, this article will help you make a decision as to which TYPE suits you best, and help you avoid the pitfalls of selecting the wrong type of snoring mouthguard. So let’s look at the match-up, shall we?

In This Corner… The Longtime Champion, Jaw Advancer Jones!

So, ahem, with Jaw Advancers (or if you’re focused on using words very few people actually use, Mandibular advancing mouthpieces), you’re generally talking about the majority of mouthpieces that are available on the market today. I’m of course talking about the VitalSleep, ZQuiet, as well as about a billion other cheap-o alternatives you can beat up your mouth with that are available at Amazon, and other fine stores.

These devices focus on holding your jaw either forward, or in place (so it can’t slip backwards), the idea being that for some snorers, this will work to alleviate the blockage that causes snoring. People have been using these for probably about 20 years now, and some people swear by them.

Notice that I said “some snorers”? This is very true. Not ALL snorers can benefit from a Jaw Advancing mouthpiece. They also have a few downsides that you’ll definitely want to consider before you back up the truck and buy one:

Now I know that list looks pretty bad. But remember that these are things that can *sometimes* happen, but definitely are a minority situation. The track record of the Jaw Advancer is also much more lengthy, as I said above, as these things have been on the market for years. The difference is that your VitalSleep as an example, is about a million times more comfortable than something you bought at a KMart 20 years ago.

Things get better with time, and without a doubt, the Jaw Advancer continues to improve.

And In This Corner… The Challenger, Tongue Retaining Turner!

With Tongue Retainers (as I’ll call them here), there is some innovation coming to play. What the inventors of Tongue Retaining Mouthpieces like the Good Morning Snore Solution did was take a look at the list of Jaw Advancer weaknesses above, and decided to make something better. Something with less rigidity, more comfort, and just straight up more effectiveness. Then, they got some biologists, doctors and a friendly neighborhood engineer together for a bit of a party**. The result was a sleeker, better mouthpiece that more people could use to stop snoring.

The great advantage of the tongue retaining mouthpiece is definitely its comfort – both for the short, and LONG term. This is key. Putting something foreign in one’s mouth is something a lot of people are really squeamish about (believe me, I was one of them!), so comfort is a major, major concern for most people. These do take a few days to get used to, but once you do, they work.

Wearing a tongue retaining mouthpiece is easier because you’re NOT clenching your jaw. As a result, you can relax easier, and basically get the sleep that you’re looking for.

Another strength is that these mouthpieces tend to work for more “types of snorers”. As in, if we were to say that Jaw Advancers work for 65% of snorers, then Tongue Retainers easily work for 90%. It really is that much of a difference. This is because most cases of snoring are about blockage created by the tongue – NOT the jaw!

And finally, denture wearers can use a tongue retaining mouthpiece with no problem. No problem at all.

Although Tongue Retainers are generally a lot easier to use than Jaw Advancers, there are some issues:

Yep, in terms of overall effectiveness and comfort, the “new” challenger is really the best solution. Although the “old standby” does work well for a lot of people, it really is hard to beat the tongue retaining stop snoring mouthpiece.

**(This may or may not have happened. Sometimes the truth is a lot more boring than the fantasy!) 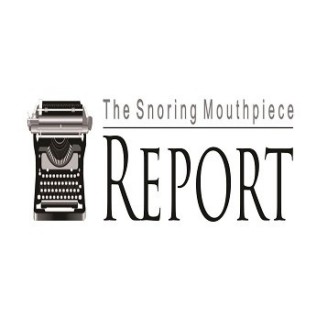